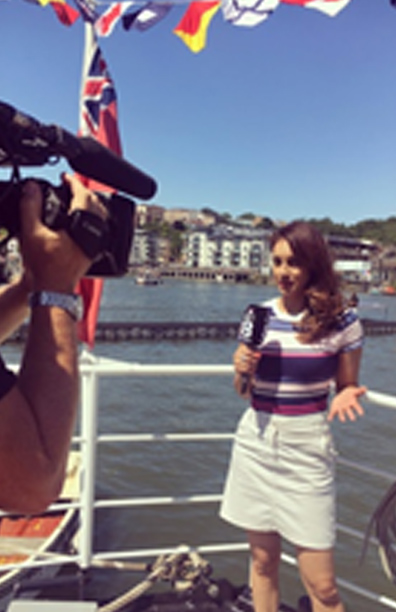 3 days after returning from Russia, Seema took the slightly shorter journey to Bristol to report on the Power 8 Sprints Rowing for BT Sport and the BBC’s Facebook platform. The sprint event saw teams from eight cities – Bristol, Cambridge, Exeter, London, Manchester, Newcastle, Nottingham and Oxford – battle it out, head-to-head over 350m in a bid to be crowned Power8 Sprints champions. A change of scene after a month of non-stop football!